The municipality limit of Almedina is placed between two hydrographic basins, the north part belongs to The Guadiana Basin, where the Oregon Stream crosses (the main tributary of the Jabalón River), and the southern part to the Guadalquivir Basin, where the Guadalén River stands out, that has its origin in the springs that sprout at the south of the municipality and from which a great number of streams leave.

In the southern part of the municipality highlight the elevations of the land, such as hills and the so-called “Pizorros”. In this areas fluvial courses also stand out, forming hills and ravines, thus creating outstanding places, such as the “Brochales” and “Barrancos”, and the emanations of underground water in form of numerous natural sources and puddles, highlighting “El Charco del Gitano”, which has water throughout the year. The more you advance towards the north these elevations and ravines are less frequent, until you reach a more uniform zone, where there are areas composed of red clays of decalcification also called “Terra rossa”. 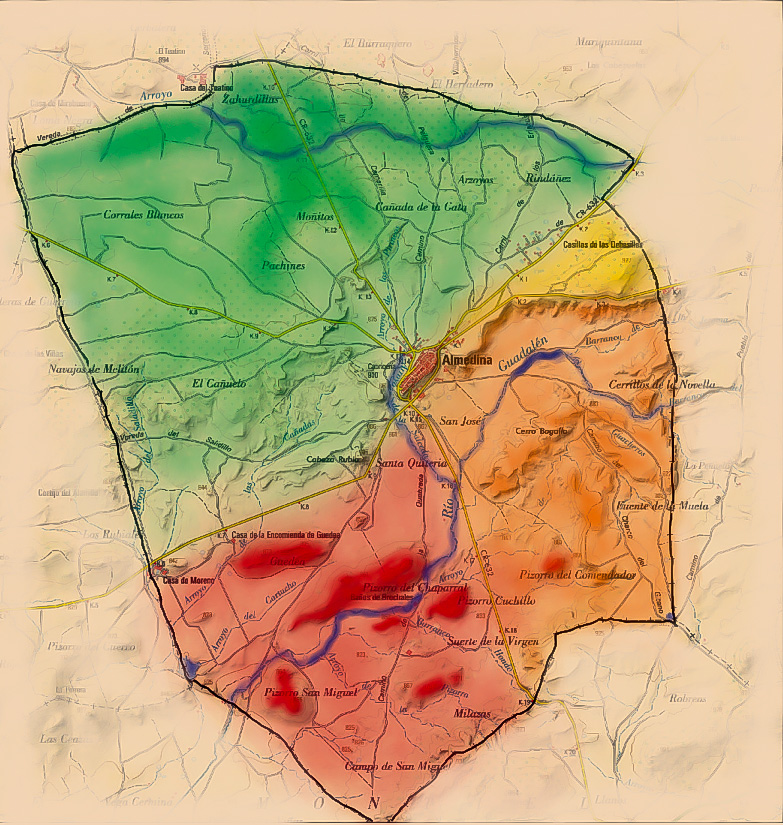