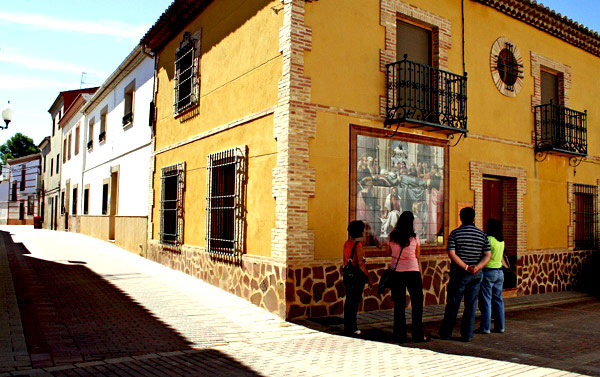 The hill where Almedina’s urban environment is placed, is defined by it’s linear character. It mesure 782 metres long and 82-225 meters wide. From this hill we can contemplate Sierra Morena, natural border with Andalucía, and the biginning of the plateau at the north.

In the southwest of the core , surrounded by several caves and springs, its placed the village. On this place was raised de Mosque and The Cristian Church then. The urban planning around it was develop through narrow and irregular streets, until de Zacatín street, which name could derive from bazaar or market. It could aso be the limit of the core during the Middle Ages, that used to be placed on the walls of the cities.

From the Zacatín street to the north-east, the increase of the village, in contrary of the other part described, was develop in irregular way from three spaces squares, where three parallel streets appear arranged in the longitudinal direction of the hill. This arrangement offers wonderful views of the environment that surrounds it. In this part of the village we can find the old house of Fernando Yañez de la Almedina, The town hall (old lordly house of the Heredia family), Casino de Labradores and Ermita de los Remedios. 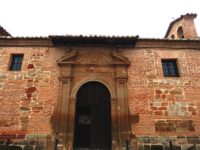 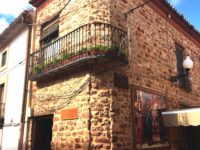 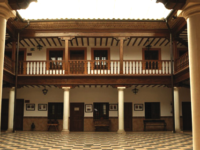 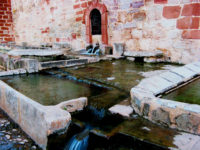 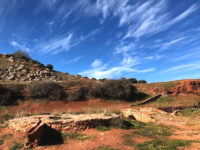 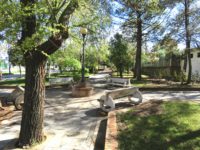 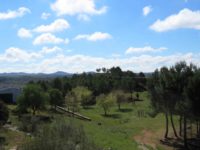 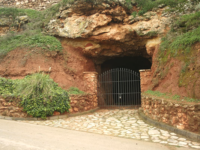