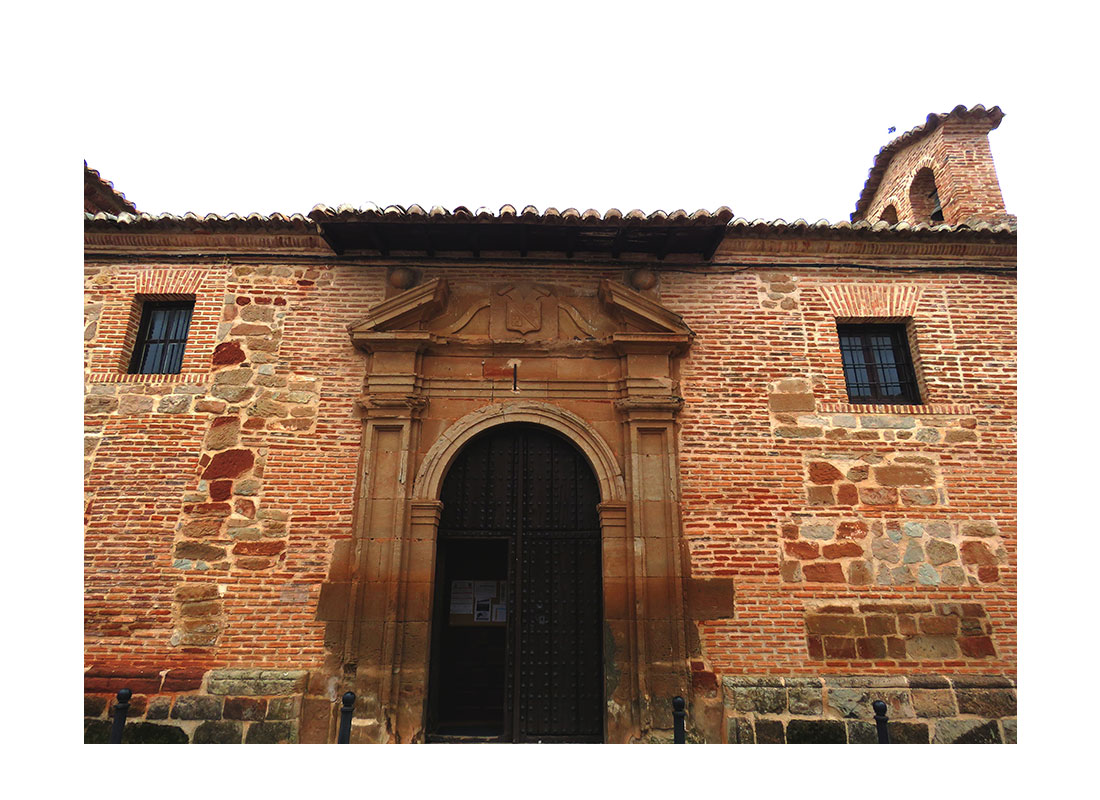 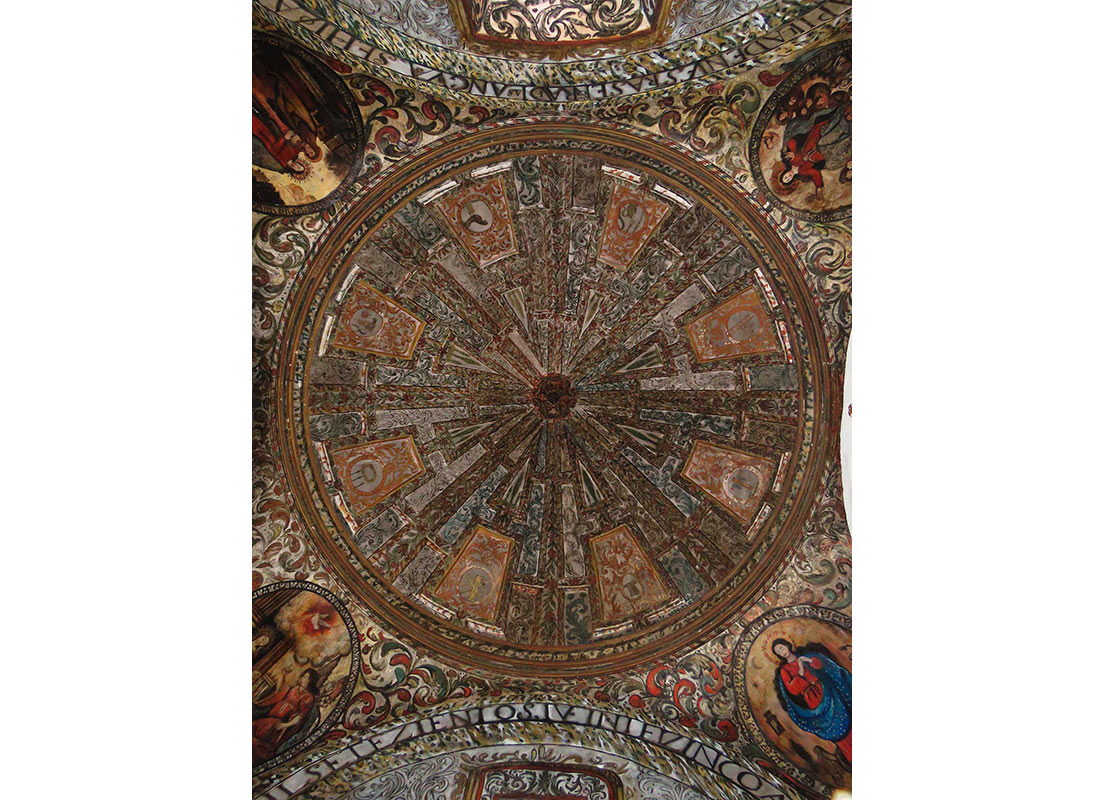 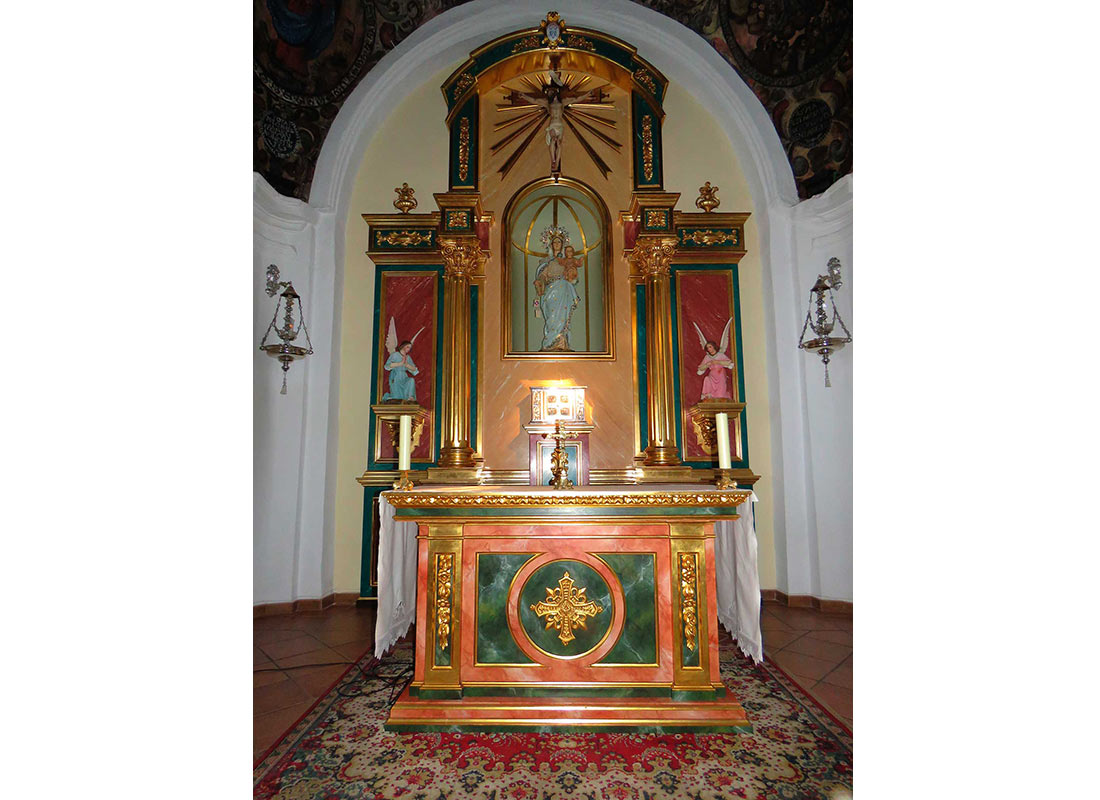 La Ermita de los Remedios of Almedina is a building of the XVIII century, specifically of the neoclassical style, that was consecrated initially to Nuestra señora de las Angustias, and then to Nuestra Señora de los Remedios. It was temporarily the church of the town, after the ruin of the Church of Santa Maria for the effects of the Lisbon Earthquake (1755).

It is located on the Mayor Street, where the north façade can be seen. It is seated on a base of large blocks of molíz stones. On the top of this block there is a brick wall, in which small masonry boxes are inserted, with angles reinforced by large blocks also made of molíz. It has two small bays that break with the solidity of the wall; one in the lower part, next to the altar, and the other in the upper part of the nave. It opens a beautiful cover with classic entablature. The access door is made of wood and is framed under a semicircular arch over jambs of ashlars, framed by a frieze without decoration. The shield of the villa is inserted inside the pediment. Above all the set rises a wooden corbel covered with tile.

The building has a gable roof with Arabic tiles. On the line of the roof of the nave rises the cubical dome of the presbytery, hipped roof. At the opposite side, to the west, there is a bell gable built with brick masonry with two bells inside, under arches of half a point.

Inside the temple there is a small dome, with popular motifs of good quality dated from 1725.

During the reconstruction of the Church of Santa Maria, due to the damages of the Lisbon earthquake (1755), the Hermitage of the Remedies sheltered religious cults.

In the nineteenth century, the residents of Almedina paid the cost of an organ, which was located in the choir.

Of great interest is also the baptismal font that we found next to the entrance. This pile of Visigothic origin was transferred to this Hermitage from the Church of Santa María. 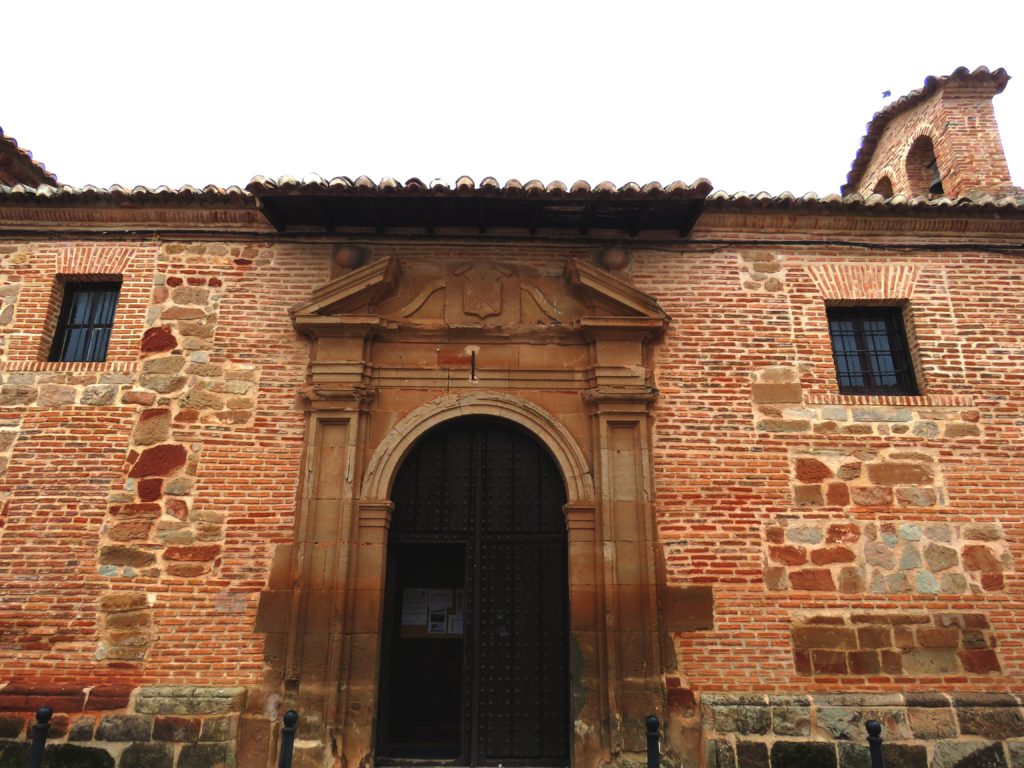 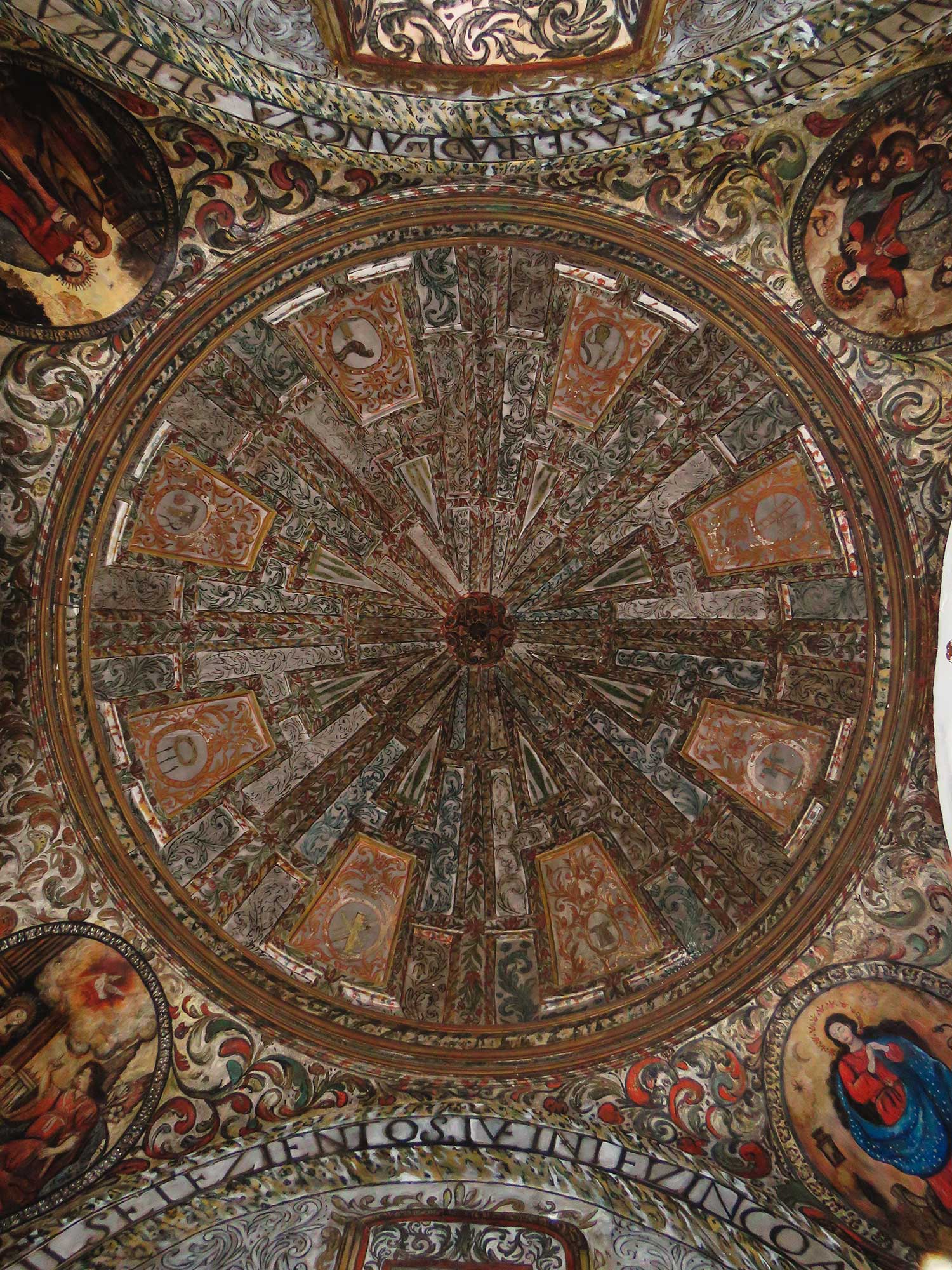 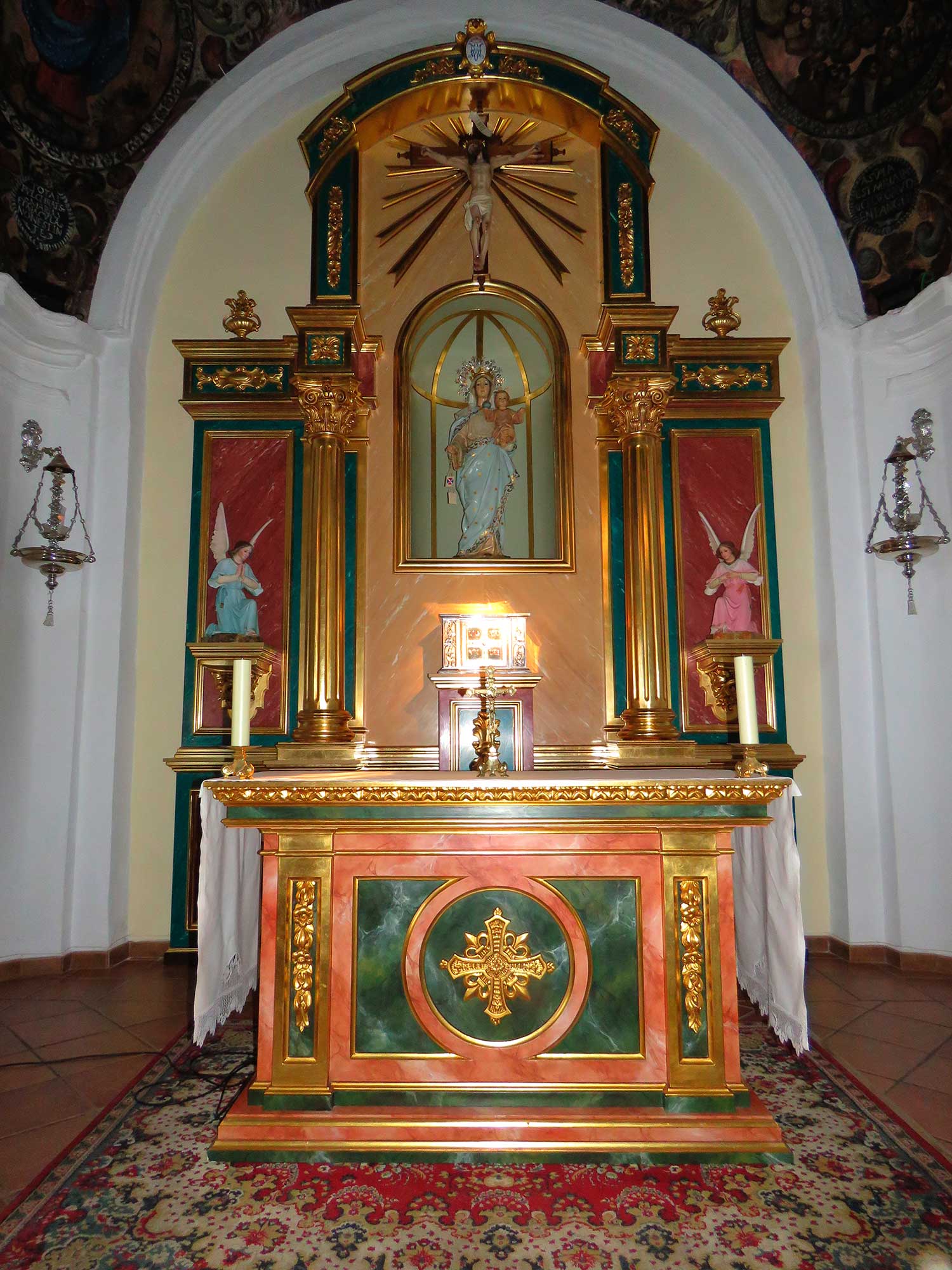