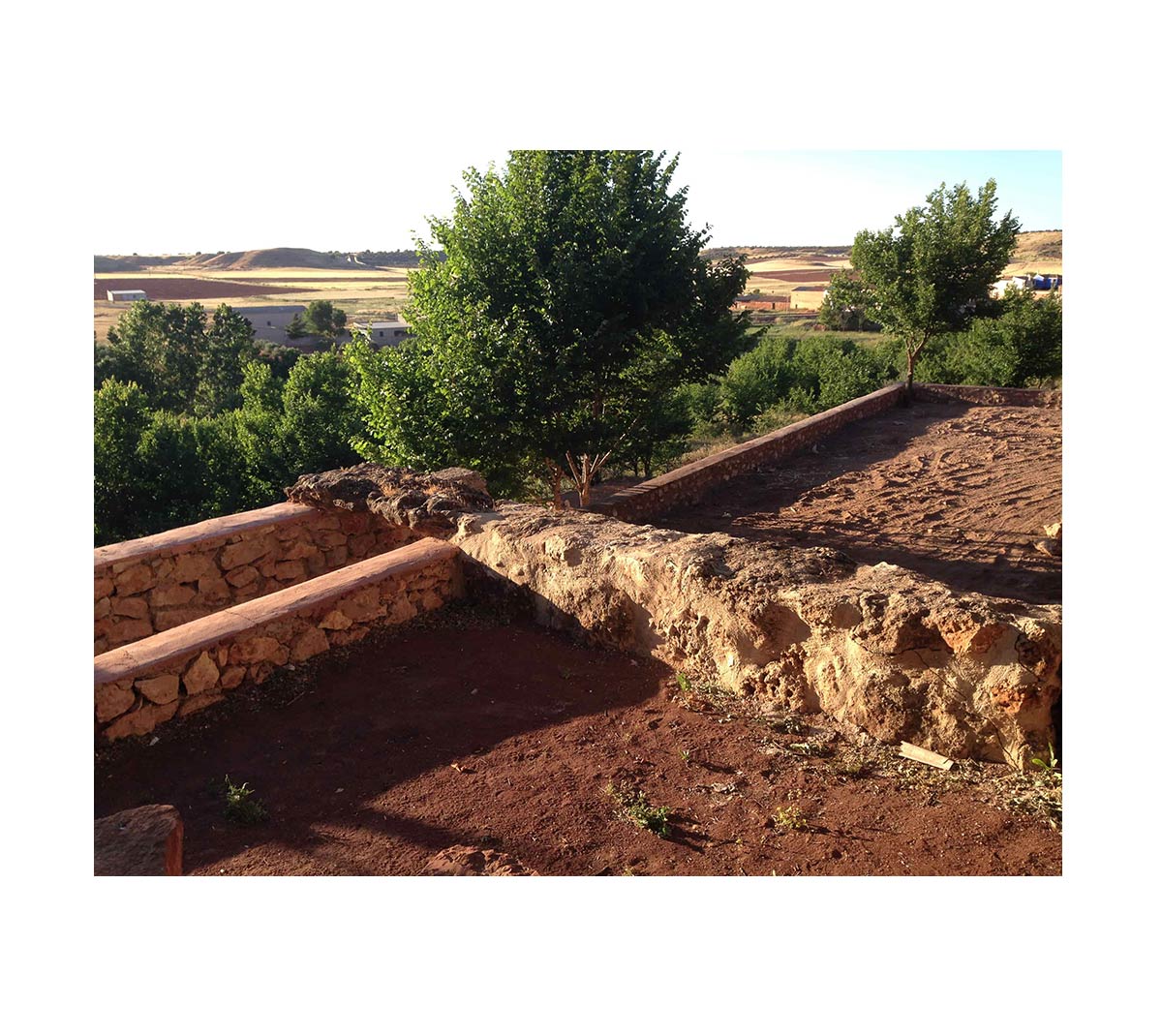 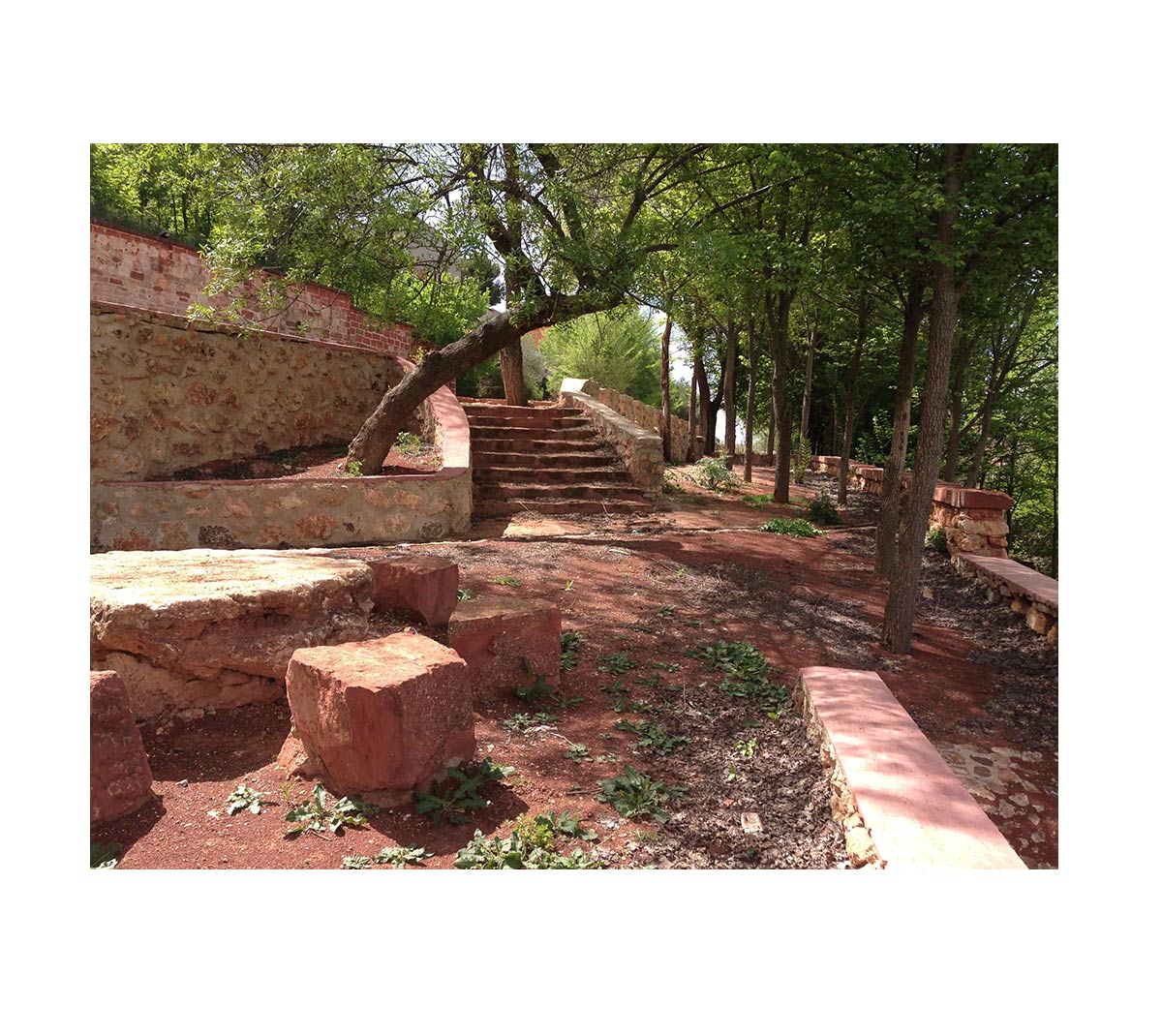 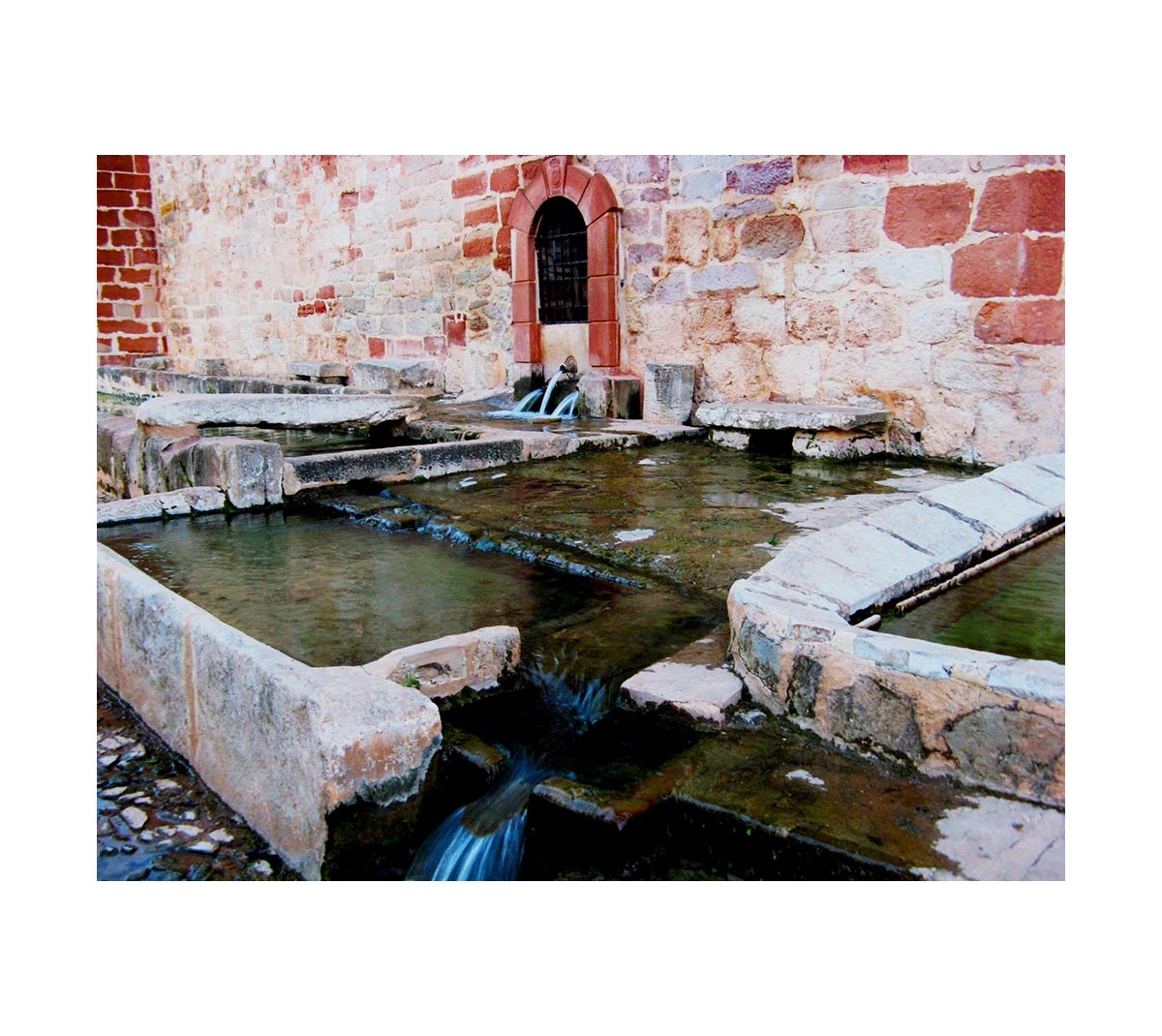 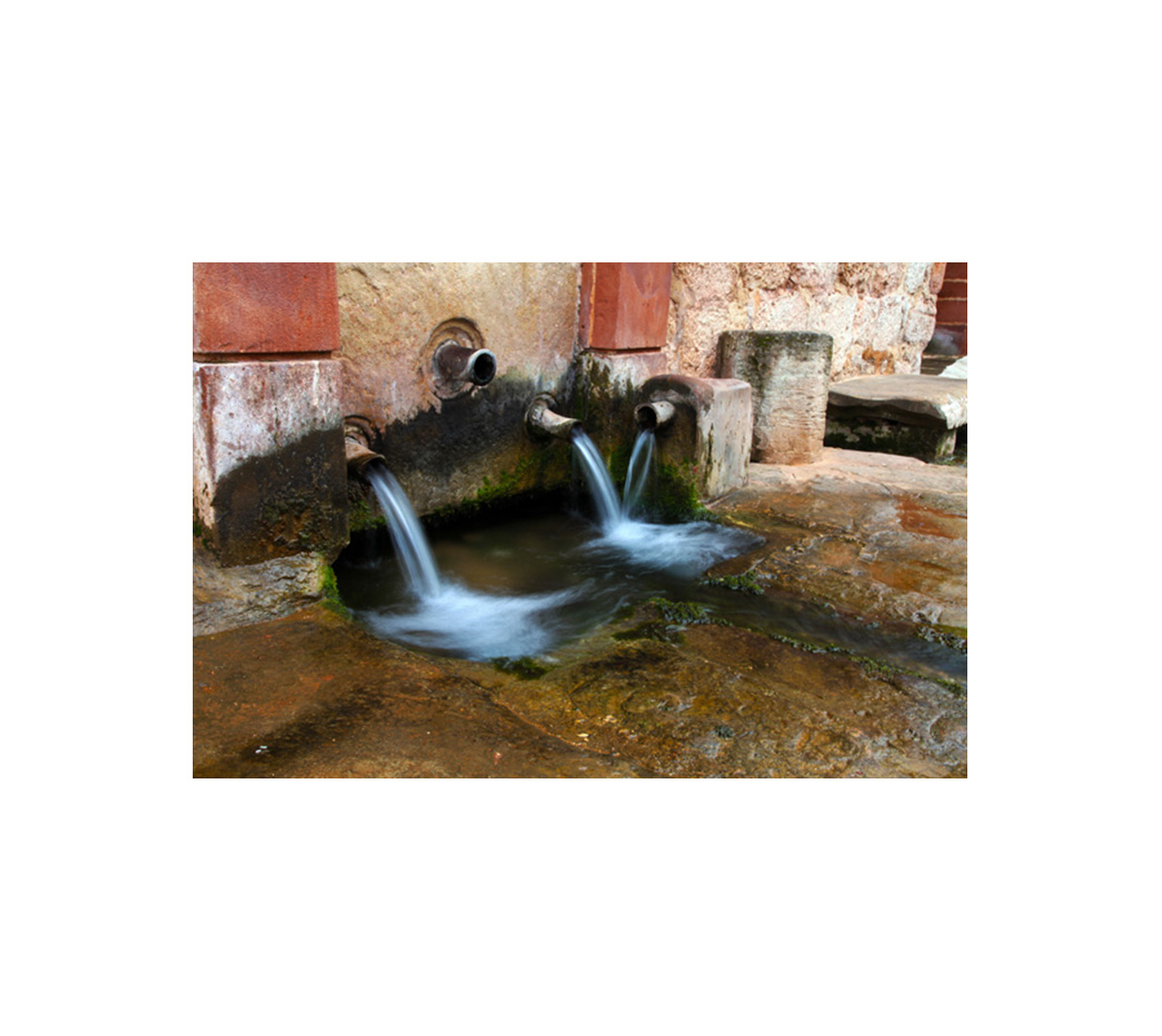 The Almedina fountain, located at the foot of the northern slope of the historical center, was characterized from immemorial time not only to supply with its water, but also to be the central point of life in Almedina. The women came down for water, to wash, etc. while the men approached to give water to their animals or work in the vegetable gardens that appear at the foot of the spring. Being located next to the road that communicated the north of Campo de Montiel with the south of the region, and the east with the west, it was also frequented by a large number of travelers, walking or riding donkeys, finding in this spring a pleasant stop on the road. The fountain consists of three pillars or ponds, used for various purposes, and fed by four water pipes that emerge from two springs.

In the epoch of the Emperor Carlos I of Spain and V of Germany, the present wall of moliz was raised (as it is denominated in Almedina a type of red sandstone) that contains the hillside.

Under the fountain, and to take advantage of the inexhaustible flow of water that issues from it, the hillside was structured in terraces (most likely in Arab times) to be used as gardens. Finally, the water went to the stream that appears under them. 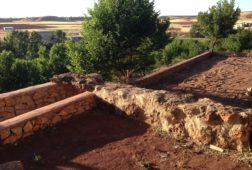 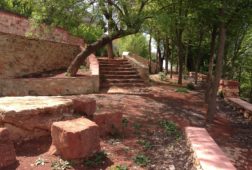 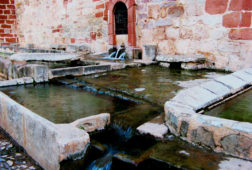 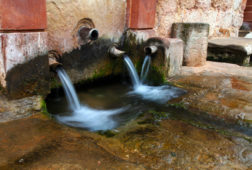