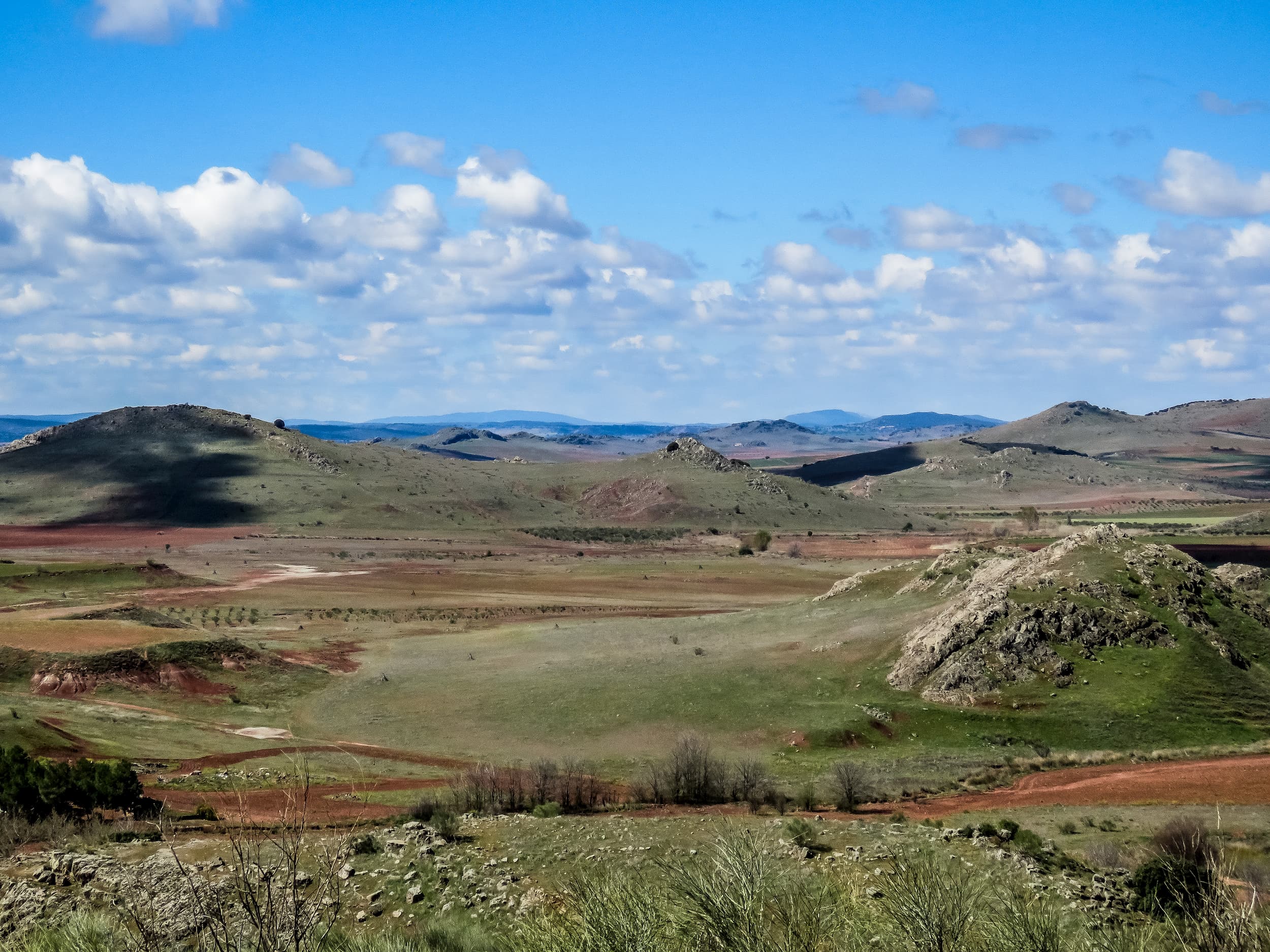 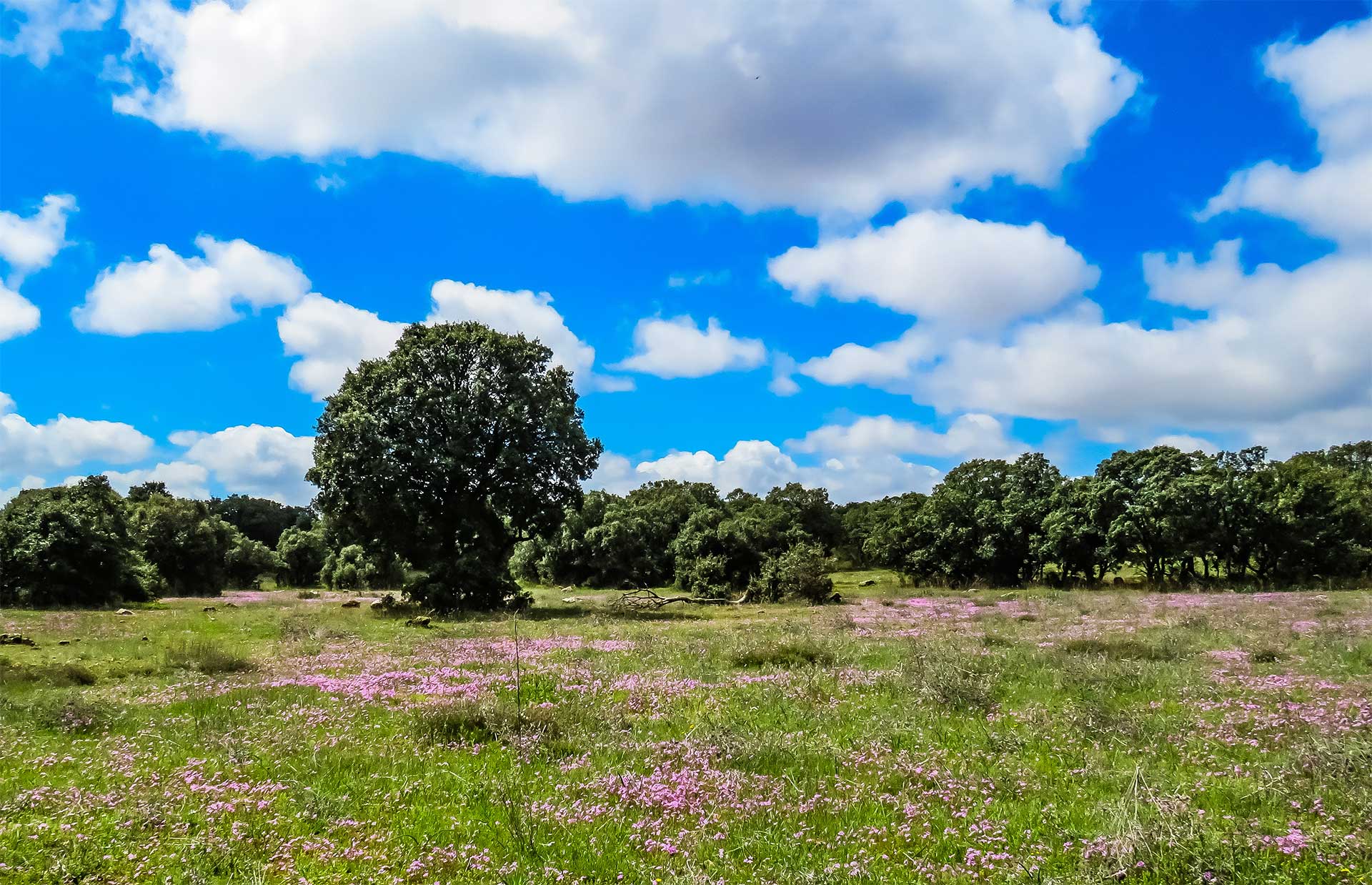 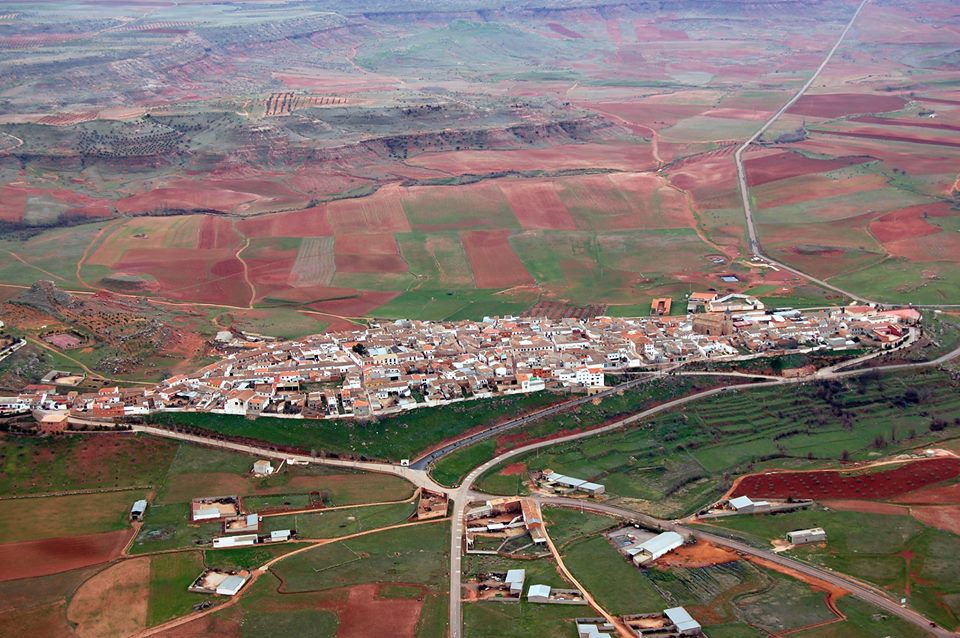 The Almedina’s territory is dived in three parts clearly differentiated and joined in turn by the core, located in the middle of the municipality. These three areas are the following:

The north of Almedina is a level area and have limeston rock formations (Zahurdillas, Pulido, Molinillo, etc.) Weird vegetation predominates in this area, formed on the basis of small bushes, especially small shrub oaks and thyme. There we can find the riverbed of The Oregon, which offers a wide range for cultivation. Most of the cultivation of Almedina are olives and vineyards, and an area of ​​irrigated orchards.

The west zone of Almedina suitable with the transition to the mountains zone. There we can find small river terraces and clay soils, in addition to small streams like the “Cañadas” and “Salidillo” streams. The places that represent this area are Haza de la Iglesia, Loma de las Traperas y El Cañuelo.

The south area is of mountains nature with hills of considerable height and large rock formations of quartzite and slate (Pizarro Cuchillo, Pizorro Chaparral, Pizorro del Comendador, La Pizorra, etc.) These formations are scattered in the south and on both sides of the Gudalén river, which have created a wide fertile valley with soil for cultivation. Guadalén means “river of the spring” in Arabic, in allusion to the Imperial spring of Carlos V ( located in the northeast slope of the historic centre), which is the largest and most stable contribution of water flow to the river channel in the area of ​​its birth. 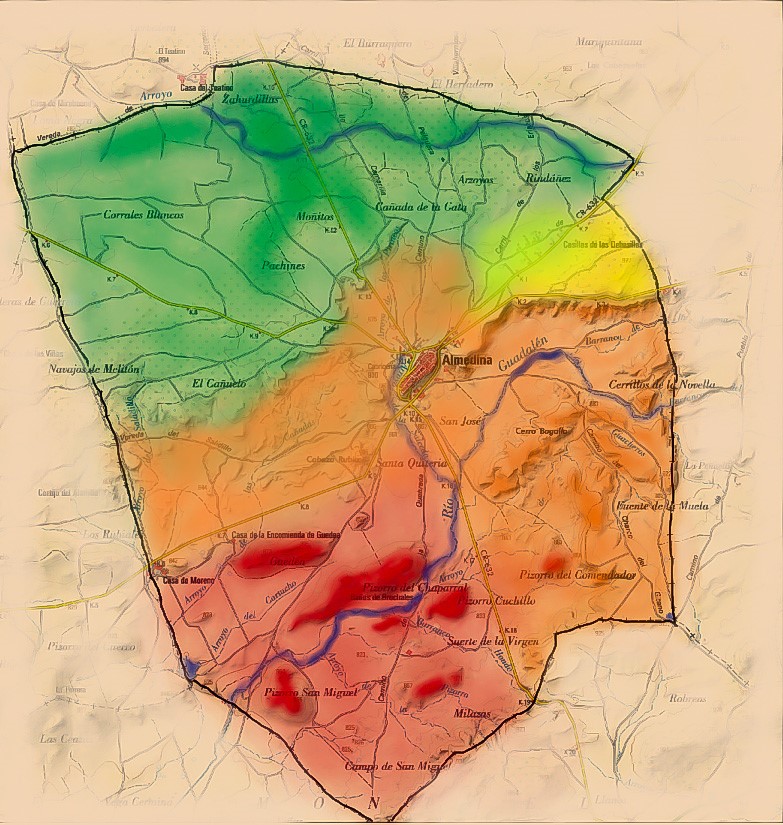 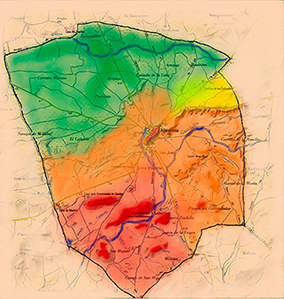 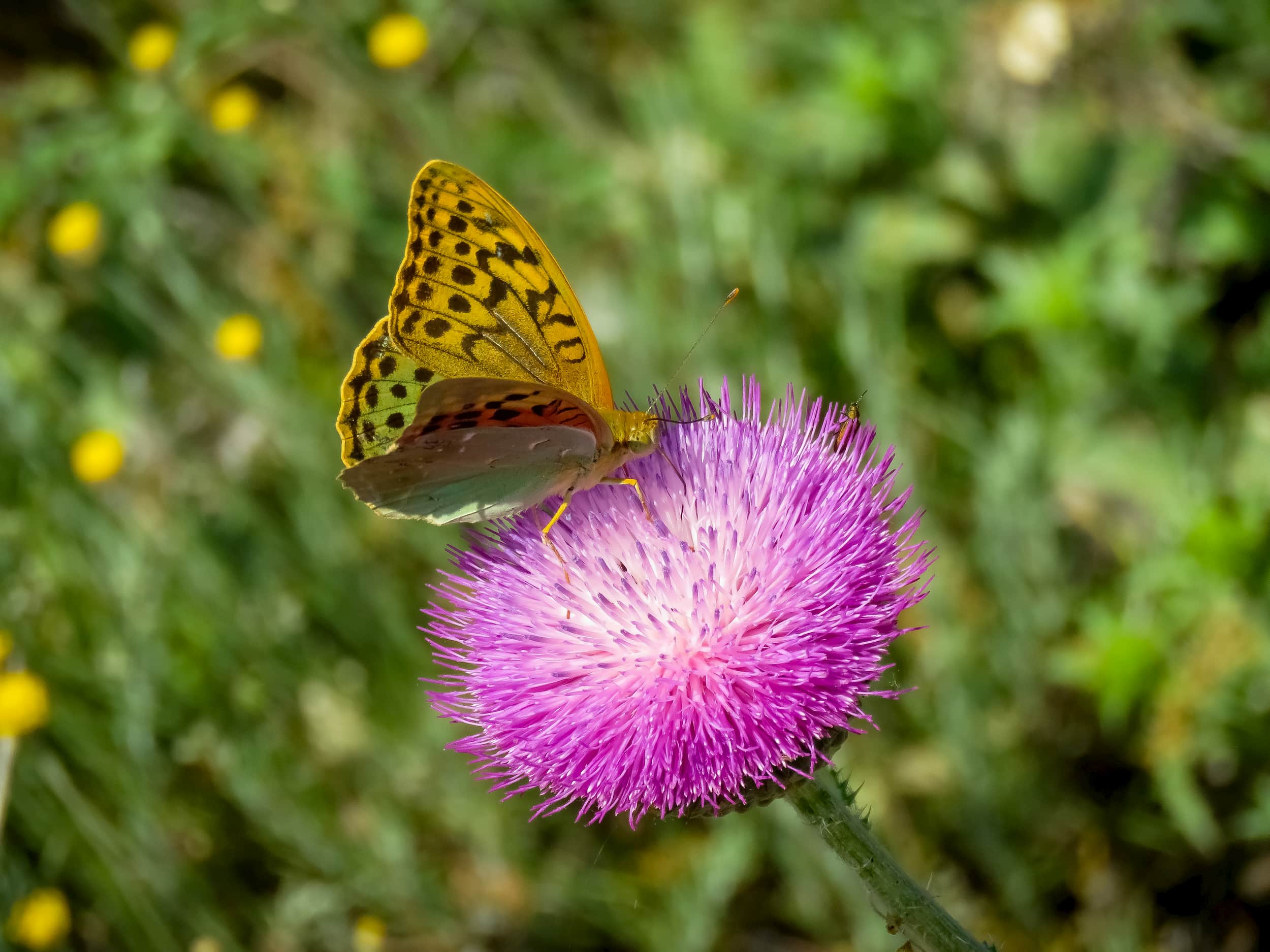