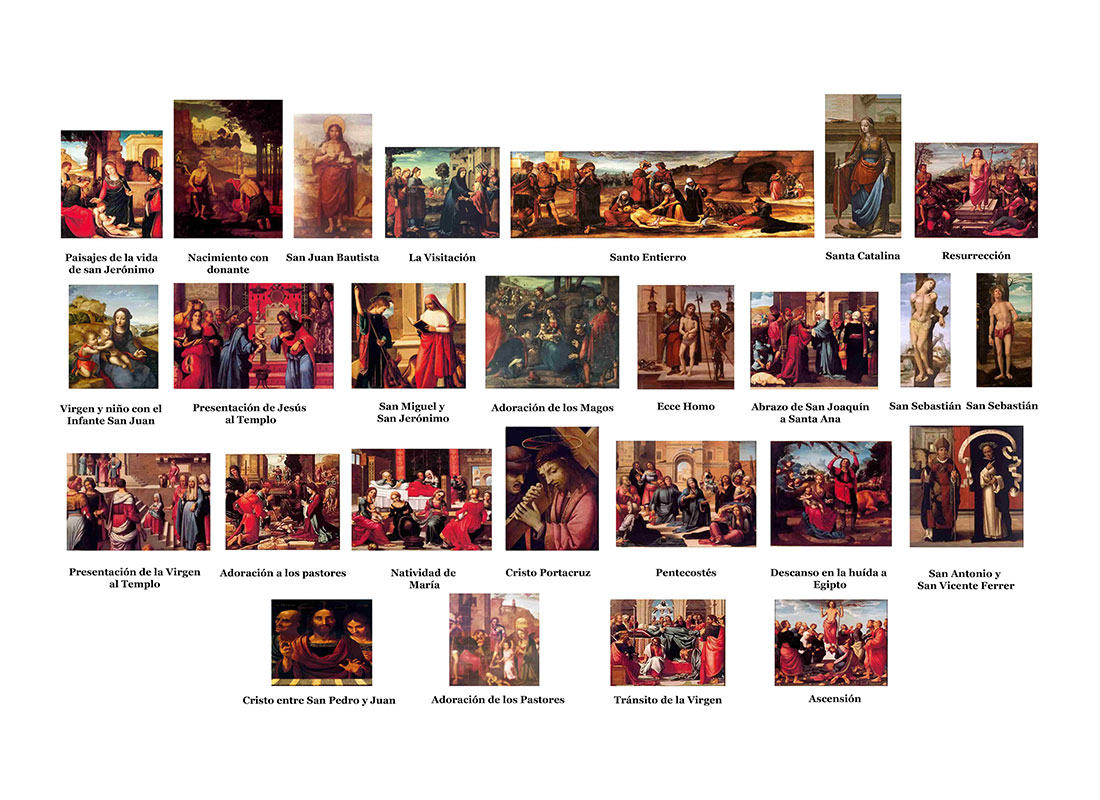 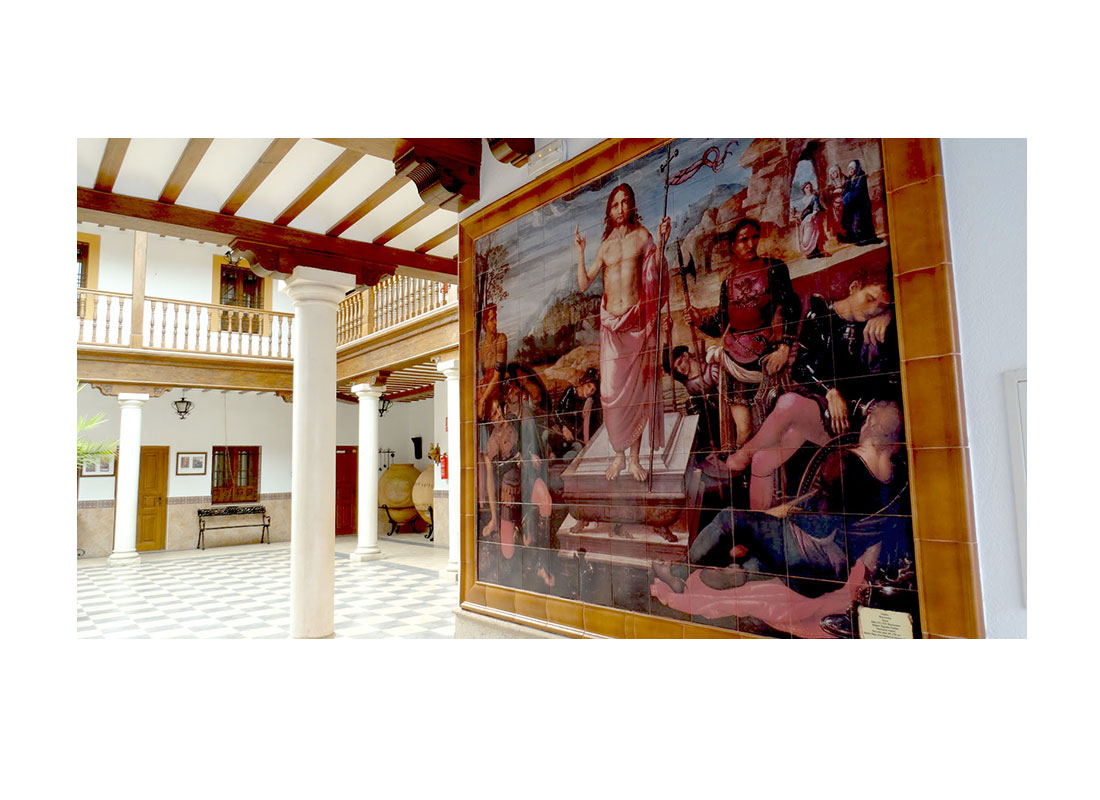 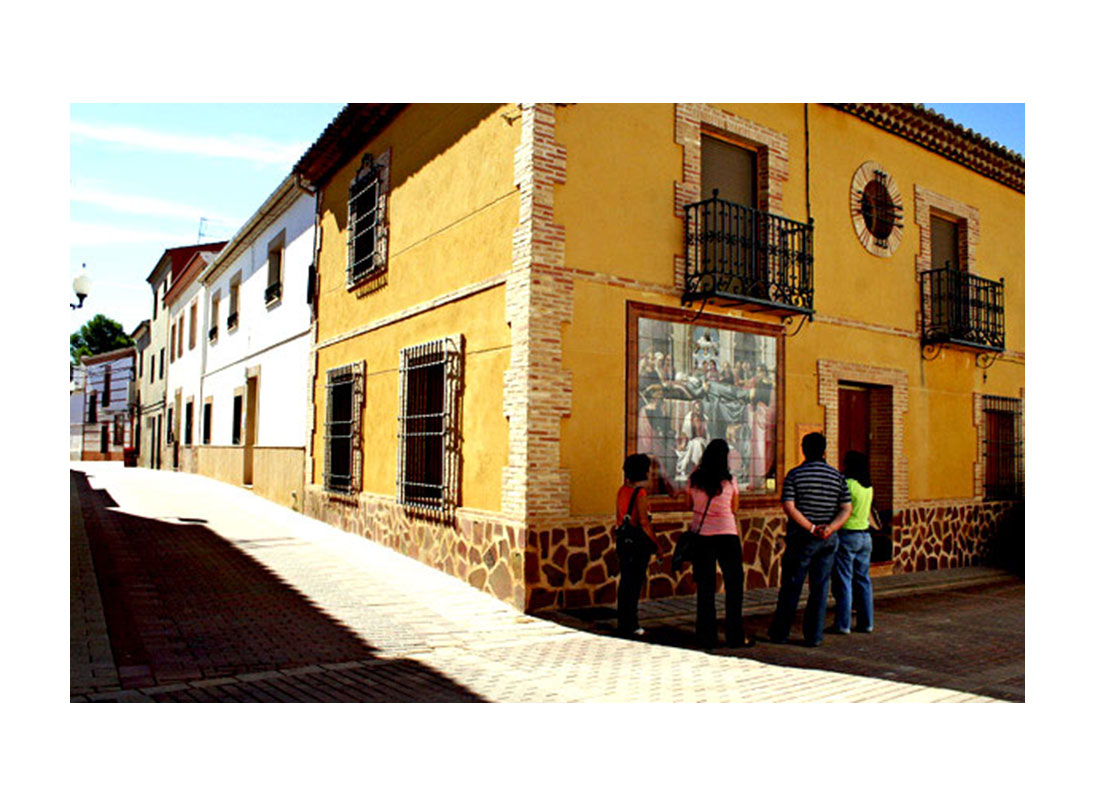 Fernando Yáñez (1475-1540), native of Almedina, traveled to Italy as a young man, where he became a disciple of Leonardo Da Vinci, as evidenced the undoubted Italianism of his style.

Yañez was the greatest exponent of the Spanish Renaissance, and his works were characterized by the features of the Leonardesque style (sfumato, sweetness of faces and gestures). He paid special attention to the qualities of clothes and objects, a fact that represents a typical feature of the old Flamenca tradition in the Spanish school.

As distinguished son of Almedina, the town pays tribute to its most historic character through an outdoor museum with replicas of his works, placed on the facades. Twenty-six paintings spread through the streets of Almedina, including his most representative works such as Santa Catalina de Alejandría (Mayor Street)), Resurrección (Town Hall) or Adoración de los Pastores (painter Yañez Street).

Obligatory visit in Almedina, go across its peculiar framework and look at the works of the most exquisite painter of the Spanish Renaissance.